Nothing Cool is Easy...

Hello again,
Present Sounds is very proud to announce three new record releases, all coming within a few weeks of each other. We hope you will check out some sounds and maybe buy a CD or two. The catalogue is located to your right, you can order by mail on the link or you can click on any album cover to hear samples and purchase a CD. Let us know what you think.
First up: Seattle Percussion Collective, Volume 1 (PS1001) 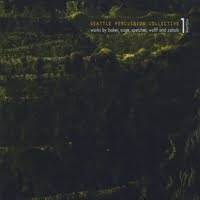 This isa new record bya fantastically talented group from Seattle, led by percussion wizard Dale Speicher. This group has been working together for a couple of years, and has gotten an amazing amount of critical acclaim for their concerts of very difficult and modern repertoire. This disc includes works by John Cage, Christian Wolff, Tom Baker and Roger Zahab, as well as a work by Speicher. With several world premiere recordings, this is a disc not to be missed.
Next out is a new record by Triptet, You Can See the Bottom (PS1002) 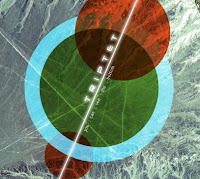 A record from outer-space, or outer-outer-space. This improvising trio of Michael Monhart on saxophone, Greg Campbell on percussion and french horn, and Tom Baker on fretless guitar first played together in a Sun Ra Tribute band. Since then, they have been exploring the far cosmos and limits of free-jazz. The group recently had a very successful debut in NYC for an east-coast CD-release, and will be playing on the IsThatJazz? music festival in January of 2011. Watch for an announcement of their upcoming CD-release concert in Seattle.
Finally, our newest record: Vertigo (PS1003) - COMING SOON 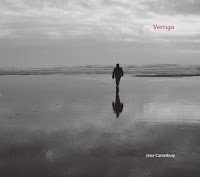 Vertigo is a group led by the amazing clarinetist and composer Jesse Canterbury, and includes Chris Stover on trombone; Joanne deMars on Cello; and Tom Baker on acoustic guitar. A strange and wonderful combination of instrumental timbres, these players create a sound that is very new and unlike any other ensemble out there. With quirky and groove-based compositions by Canterbury, this record feels completely familiar and totally disorienting at the same time.
Posted by TB at 4:14 PM
Email ThisBlogThis!Share to TwitterShare to FacebookShare to Pinterest

PS1103 - A haunting chamber opera detailing the last days of the Donner Party by composer Tom Baker with Soprano Maria Mannisto and the Seattle EXperimental Opera.

PS0902 - SAVE, the new record by the Tom Baker Quartet, finds the group in a more groove-oriented space, winding their way through a dark and mellow vibe.

PS0802 - Goat is a unique trio combining an exceptional sonic palette with an expansive sense of space and composition.

PS0801 - This one-act chamber opera by composer Tom Baker tells the story of a woman who survived being hung for witchcraft in Puritan New England.

PS0701 - This is the long-awaited debut CD by the Tom Baker Quartet, Seattle's acclaimed avant-jazz group.

PS0501 - A requiem/concerto for fretless guitar with a electronic soundscape by composer and guitarist Tom Baker. A haunting work made as a memorial to the great bassist and improviser Matthew Sperry.

PS0301 - Original pieces by the avant-jazz group Brainstun, featuring Christian Asplund, Matthew Sperry, Greg Campbell and Jessica Lurie on saxophone. This is a group that must be heard to be believed.